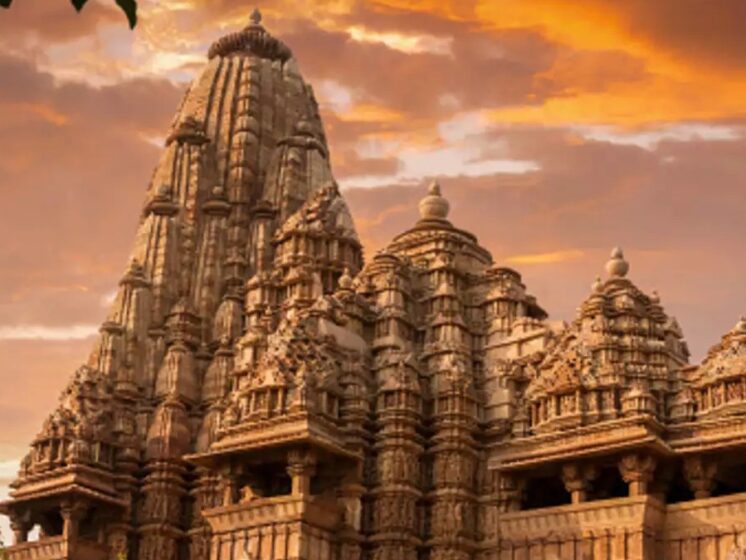 About the temple:
♦ Khajuraho Temples located in Madhya Pradesh (MP) is most beautiful medieval monuments in the country.
♦ The temple is built between 950-1050 AD via the Chandela Dynasty.
♦ The monuments include Hindu and Jain temples.
♦ The temple site is positioned within the Mountain range of Vindhya.
♦ These Temples acquired the fame of UNESCO’s World Heritage Sites in 1986.
♦ The temples are popular for their Nagara-style architectural symbolism.