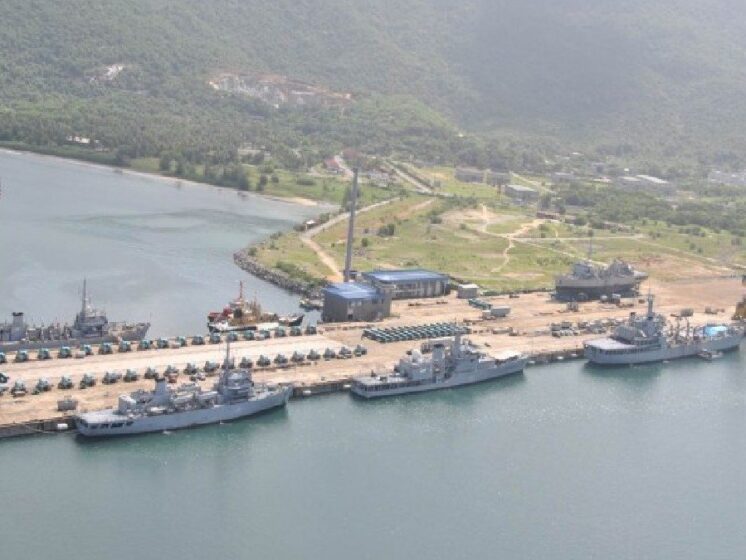 About Project Seabird:
♦ It is a naval infrastructure project involving the construction of a naval base at Karwar (Karnataka) on India’s west coast.
♦ When completed, this $3 billion programme and effort will provide the Indian Navy with its largest naval base on the west coast as well as the largest naval base east of the Suez Canal.
♦ The new and expanded naval complex will be able to support a number of major warships, submarines, and yard craft.
♦ A specialised dockyard repair and maintenance facility (including piers, wharfs, revetments, quay walls, etc.), covered dry berths for ships and submarines, new technology and advanced security and communication systems, and a naval air station (including multiple runways, Hangars, housing, ordnance handling areas, services, personnel support infrastructure, etc.), various public utility systems, and housing and residential areas in multiple locations are some of the other facilities of the base.
♦ Because of the partially hilly terrain, the project presents a number of technical and environmental challenges.