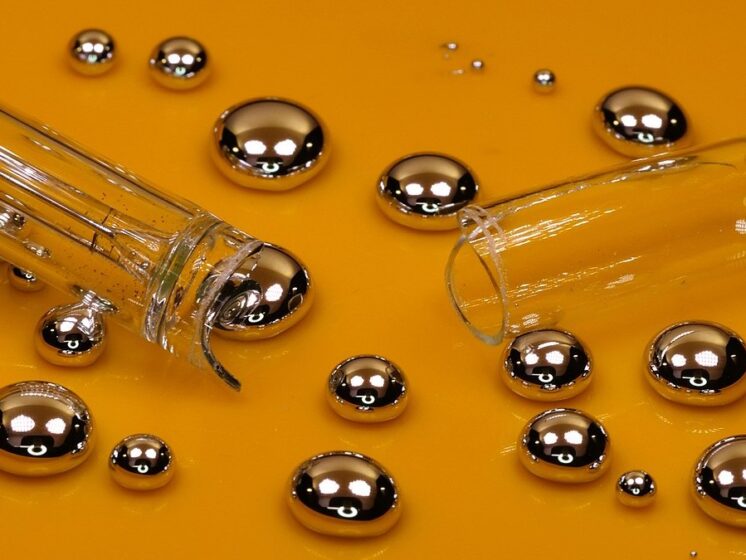 Share:
facebook
twitter
whatsapp
pinterest
linkedin
20 July 2021 Current Affairs:A study conducted by researchers at the University of Maryland refuted the widespread hypothesis why Mercury’s core has a larger core relative to its mantle (the layer between its core and the crust).

Highlights:
♦ Scientists had previously argued that hit-and-run collisions with other bodies during the formation of our solar system resulted in the removal of much of Mercury’s rocky mantle, leaving behind the large, dense metal core inside.
♦ But new research shows that the sun’s magnetism is the cause of this situation, not the cause of the collision.
♦ The researchers created a model that shows how the distance from the Sun’s magnetic field affects the density, mass, and iron content of a rocky planet’s core.
♦ When the four inner planets of our solar system move away from the sun, the metal content in the core will decrease, which is a gradient
♦ The current study explains this by demonstrating that the magnetic field of the Sun influenced the distribution of raw materials in the early solar system.
♦ The new model demonstrates that during the early stages of our solar system’s formation, when the young Sun was surrounded by a swirling cloud of dust and gas, grains of iron were drawn toward the Sun’s magnetic field.
♦ When planets begin to form from clumps of dust and gas, planets closer to the sun absorb more iron in their cores than planets farther from the sun.