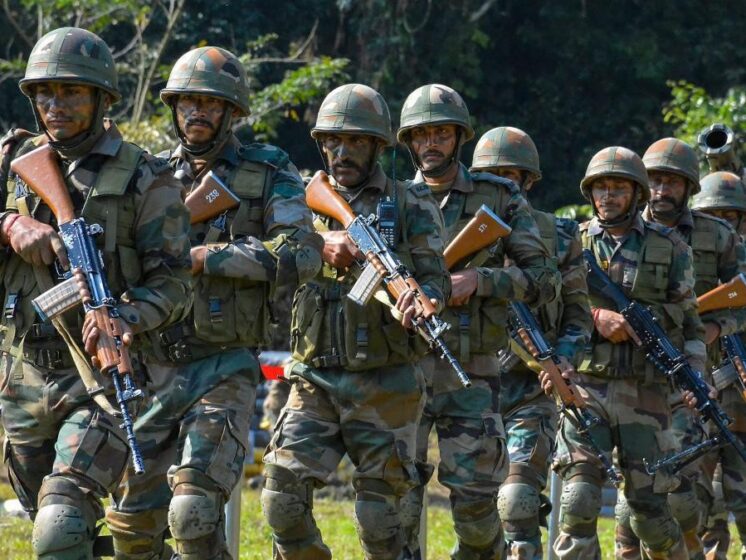 Highlights:
Indian Army in Italy:
♦ The Indian Army participated in the Italian campaign with three infantry divisions. The Indian Divisions were the 4th, 8th, and 10th.
♦ The 8 Indian Infantry Division was the first to arrive in the country and saw action in Iraq and Iran when the British invaded these countries in 1941.
♦ The second to arrive was the 4th Indian Division, which came to Italy from North Africa in December 1943. It was deployed in Cassino in 1944.
♦ The third is the 10th Indian Division, which was established in Ahmed Nagar in 1941 and moved to Italy in 1944.
♦ Men from the Punjab and the Indian plains adapted to the extremely hostile conditions encountered in Italy.
♦ Even Nepalese Gurkhas struggled in the Italian mountains due to the heavy and persistent rain and freezing nights.
♦ All three divisions performed well in the Italian campaign and were highly respected by the Axis and Allied commanders.
Indian Troops in WWII:
♦ During WWII, the Indian Army had the largest volunteer force, with over 2.5 million (more than 20 lakh) Indians serving.
♦ As part of the Allies, these troops fought against the Axis powers (Germany, Italy, and Japan). They came from a variety of organisations, including:
Indian Army:
♦ In the first half of the 1940s, India was still under British rule, and the Indian army participated in two world wars. It includes Indian and European soldiers.
East India Company Army and British Army:
♦ In addition to the Indian army, there was the East India Company Army, which recruited both Indian and European soldiers, as well as the British Army, which was also present in India.