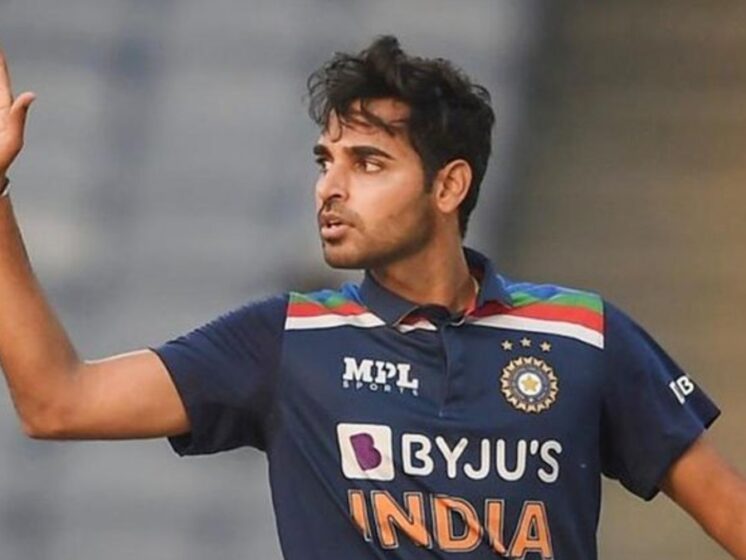 Share:
facebook
twitter
whatsapp
pinterest
linkedin
16 April 2021 Current Affairs:Bhuvneshwar Kumar (Indian) has won the ICC Player of the Month award for his superlative exhibit in the recent constrained over sequence against England in March.

Highlights:
Bhuvneshwar grew to be the 0.33 successive Indian recipient of the award seeing that its inception early this year. The 31-year-old Indian took six wickets with an economic system charge of 4.65 in the three ODIs whilst shooting 4 wickets with a notable financial system price of 6.38 in the 5 T20Is to emerge as the standout bowler on both aspect in the white ball series.