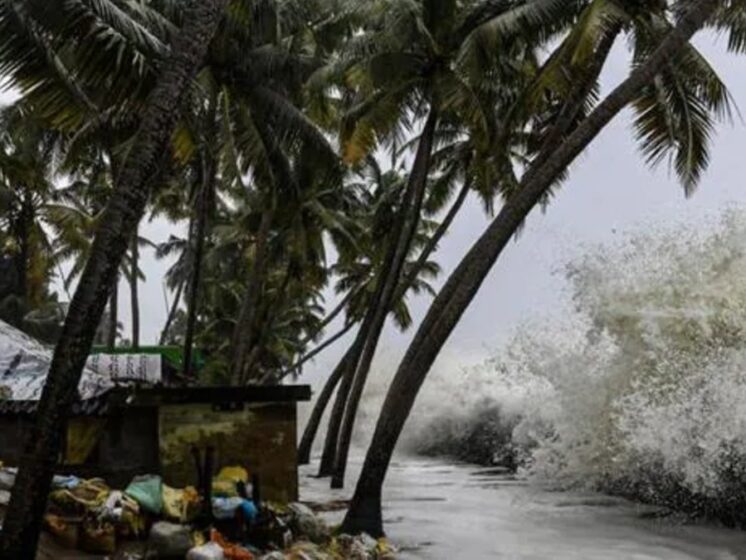 Cyclone Formation:
♦ The humid, moist air rising from the sea rises. When more air rises, less air is left behind. This results in a low-pressure zone. There is pressure in this region. The low-pressure area is pushed into by air from the surrounding areas. This air is now warmed up and rising. The loop goes on. Warm air rises, cools and condenses to form clouds. The wind and cloud system as a whole turn and develops. The ocean’s heat and evaporating water help with this.
♦ An eye forms in the centre of the system as it rotates faster and faster. The eye is relaxed and clear. The system is known as a “Tropical Storm” because it rotates at 63 kilometres per hour. A tropical cyclone or hurricane is described as a wind speed of 119 kilometres per hour or higher.
♦ Madden Julian Oscillation: It’s an oceanic, atmospheric phenomenon that has an effect on global weather patterns. Every thirty to sixty days, a pulse of clouds, waves, rainfall, and pressure occurs near the equator. It can be seen from the Pacific and Indian Oceans.