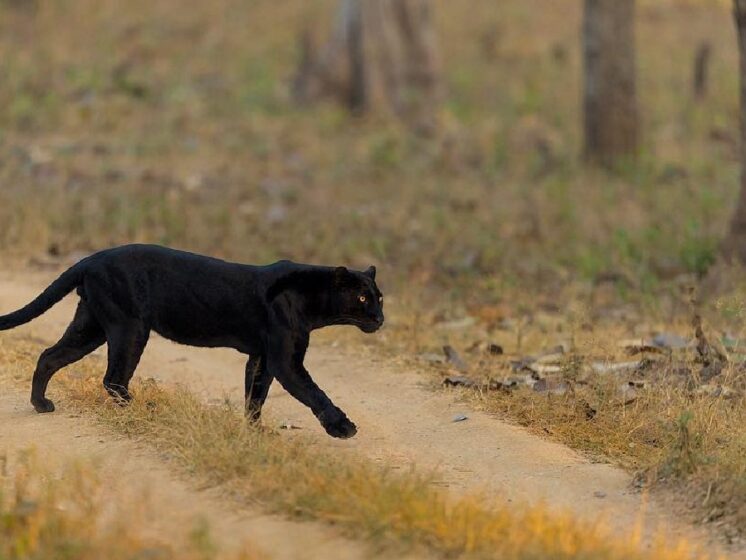 About Melanistic Leopard/Black Panther:
♦ Leopards (Panthera Pardus) have either light coloured (pale yellow to deep gold or tawny) rosettes or black fur.
♦ Black panthers are melanistic leopards that are all black or very dark in coloration. It is a colour variant of the spotted Indian leopard that has been reported from densely forested areas of south India.
♦ The black coat color is attributed to the expression of the recessive allele in the leopard and the dominant allele in the jaguar. In each species, a certain combination of alleles stimulates the production of greater amounts of melanin in animal’s skin and fur.
♦ It is as shy as a normal leopard and extremely difficult to spot.
♦ They are primarily found in southwestern China, Burma, Nepal, southern India, Indonesia, and the southernmost part of Malaysia.
♦ They can be found in India in the states of Karnataka, Tamil Nadu, Kerala, and Maharashtra, among others.
♦ Threats include:  habitat loss, a collision with a vehicle, Diseases, Encroachment by humans, Poaching.